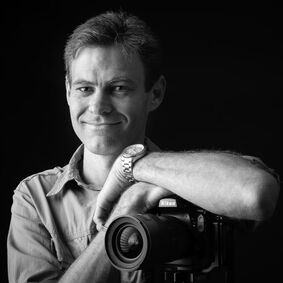 Emil von Maltitz is an internationally recognized South African landscape photographer and member of the International Environmental Photographers Association. Emil has been a finalist in International Landscape Photographer Of The Year for 3 years, was a finalist in the Natural Landscape Photographer of the Year in 2021, in 2017 got 2 bronze, 2 silver and 1 gold award in the Epson Panoramic Awards and has been a finalist in the Africa Photographic Awards and Nature' Best Photography Awards. He has been involved in photography for the better part of the last two decades. After completing his post graduate degree in Anthropology, he opted to pursue his dream and turn his passion for photography into his career. Academics never really let go of Emil, and he currently part time lectures photography at Vega College in Durban, along with working as a commercial photographer, and ambassador and rep for Nisi filters and Leofoto support systems.

Along with freelance, commercial and assignment photography, Emil spends time running a number of photographic workshops. Well-versed and knowledgeable in the Adobe suites, Emil will be able to help and guide in photo-editing and several advanced photographic techniques during the workshop. A particular interest of Emil’s is the theory and practical application of advanced composition in landscape photography, which will be discussed at length during the workshops. More about Emil on his personal website www.limephoto.co.za

Emil in action in Namibia! 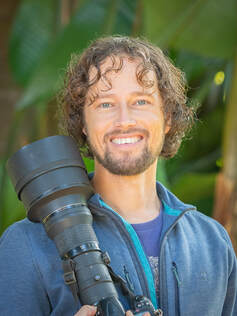 Nick van de Wiel is a professional photographer based in St. Lucia, South Africa, and has been in photography for about two decades. Formally trained as a biologist as well as a safari guide, Nick revels in being in nature, and if possible, with a camera in hand! Originally from The Netherlands, he immigrated to South Africa in 2008 and has never regretted it. The friendly and warm African people, the incredible nature with its iconic wildlife, and of course the pleasant climate, were all good reasons to leave The Netherlands behind.

Apart from being a photographer, in his daily life, Nick is truly a Jack of all trades. He is the CEO of the Van De Wiel Travel Group, the owner & managing director of the 5 companies this group entails, a part-time teacher at a safari guide academy and a dedicated husband and father.

Nick’s work has been published in various magazines, a few coffee table books, and he was won various awards. Most notably he won the Landscape Photographer of the Year title in 2016 in the prestigious Nature’s Best Photography Africa Competition and even got another image of his in the ‘highly honoured’ section of the same competition. The African Wildlife Foundation published one of his images on their annual calendar in 2017. In 2020, one of his images was a semi-finalist in the Windland Smith Rice Awards. His work has been exhibited amongst others at the Iziko Museum in Cape Town and the Smithsonian Museum of Natural History in Washington DC, USA.

He is passionate about ‘teaching’ photography to others. He is loved for his practical, clear, and easy way of explaining things in layman’s terms and has guided many clients to iconic destinations all over the world. On workshops, he and Emil make an excellent team as, by dividing the group, they can cater for both beginners and seasoned professionals, as well as to participants that like the 'technical aspects' or the 'artistic aspects' of photography. More about Nick on his personal website www.nickvandewiel.com.
Cornelius M. Muller or (CM for short) has been a passionate photographer since first picking up a camera towards the end of his high school career, when film was the only medium of recording light using a small handheld box with a lens attached to it. This, of course, means he has been photographing for more than 20 years, in various formats, on various continents, in various different capacities.
For the last ten years, he has based himself in the town of Stellenbosch, South Africa, where he runs a photographic and design agency with a close friend and business partner, focusing on product, architectural and lifestyle imagery. In his free time, he spends time making images of the surrounding landscapes in the passionate endeavour of sharing this beautiful planet we find ourselves on. 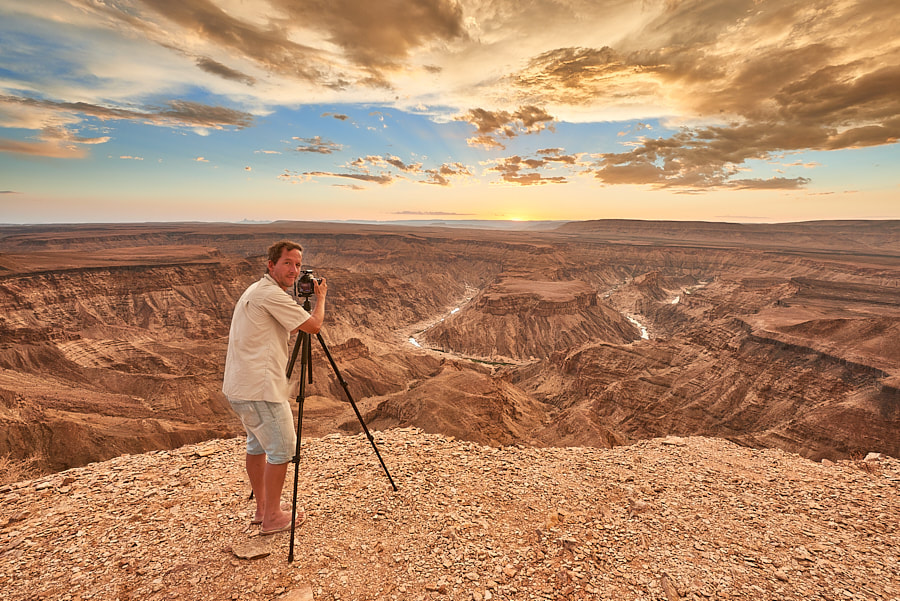 CM in action at Fish River Canyon, Namibia.
Christopher Allan (or just plain Chris) is another photo nut! His passion for photography shines through in every shoot he is involved with (and he is involved with a lot). From shooting for the Survivor TV show, fashion shoots at the foot of a giant waterfall in Lesotho and industrial photographs in Zambia and Equatorial Guinea, he is the consummate photographic raconteur.
With roots in photo-journalism (a master’s degree from Rhodes University) and several years working as an editor in Gallo Images, Chris has a keen eye for images that work, and is able to put this across in workshops and critique sessions. 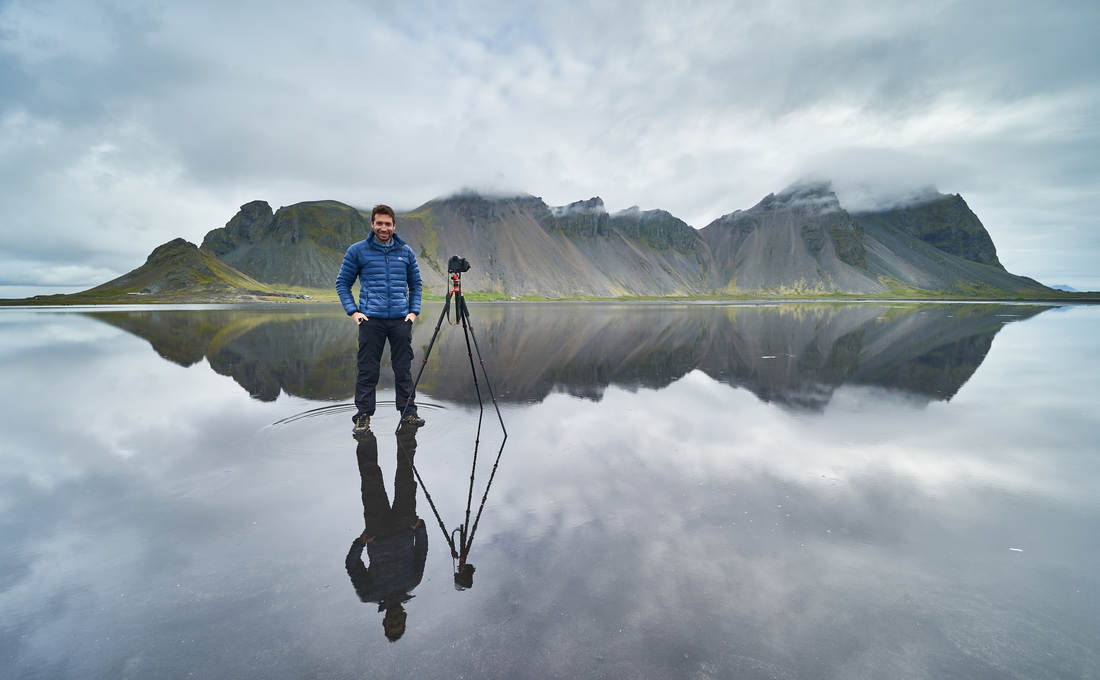 Chris walking on water in Iceland.

Nature's Light is proud to collaborate with the following astoundingly talented photographers, who co-lead some of our workshops. 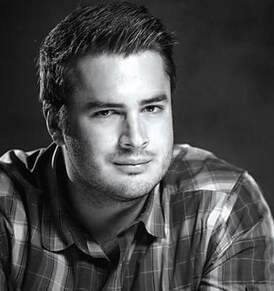 Hougaard Malan is an internationally recognised and respected landscape photographer and workshop leader. He has won several international photographic salons and has been commissioned by the likes of Samsung, Toyota, SAB Inbev, FNB, Standard Bank and Europcar for photographic projects and artwork.

Hougaard leads with us on the Iceland Masterclass workshop

More about Hougaard Malan on his personal website ​https://www.hougaardmalan.com/ 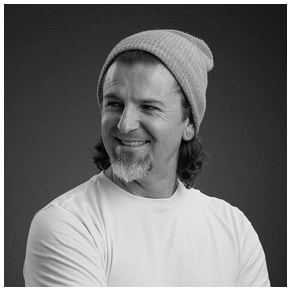 Quintin Mills leads with us on the Introduction to Mountain Photography workshop. In his daily life, he operates from his studio in Kyalami, which expands to accommodate the type of shoots he loves doing. He travels throughout South Africa and beyond our borders when the project requires it. To date he’s been commissioned to shoot in Botswana, Malawi, Mozambique, Mauritius and Zambia. On top of this he founded and runs the online Hunter’s of Light platform, dedicated to teaching and broadening the love of photography.