This is a workshop with a difference designed for the landscape photographer seeking out an extraordinary adventure experience while chasing awesome light and weather in South Africa's Drakensberg Mountains.​​
Enquire now!

A 5 day trekking photography experience in one of Africa's most extraordinary landscapes.
Visit the Workshop Experience... 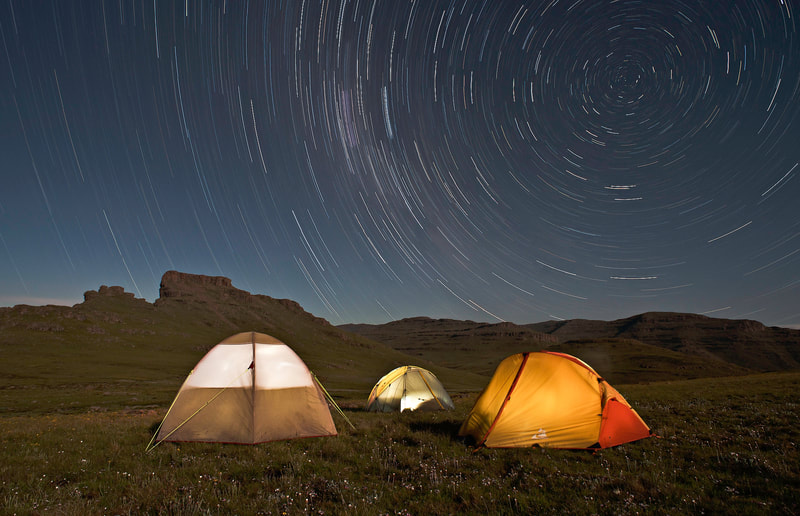 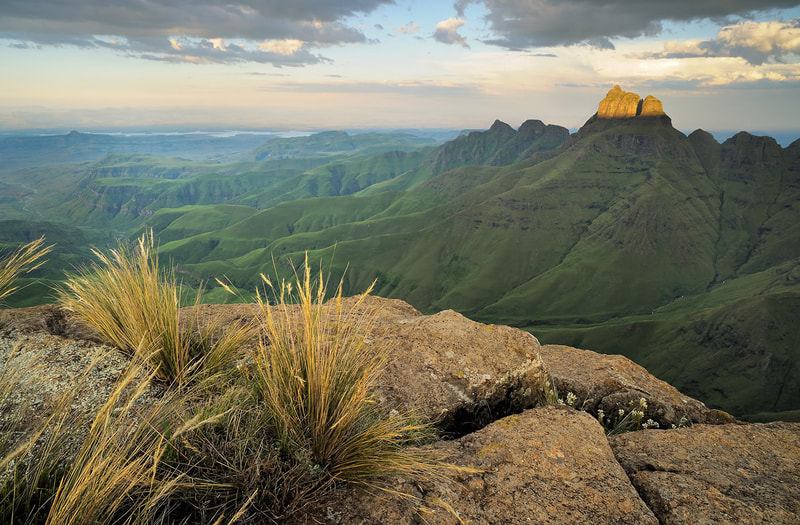 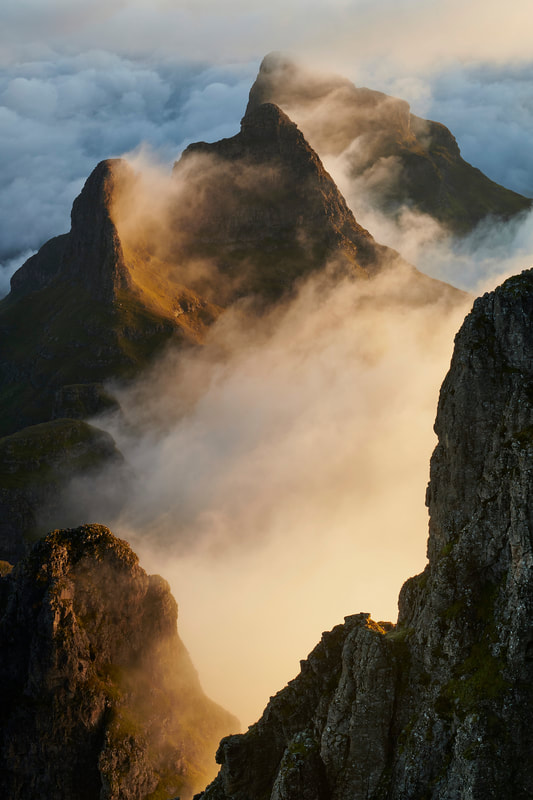 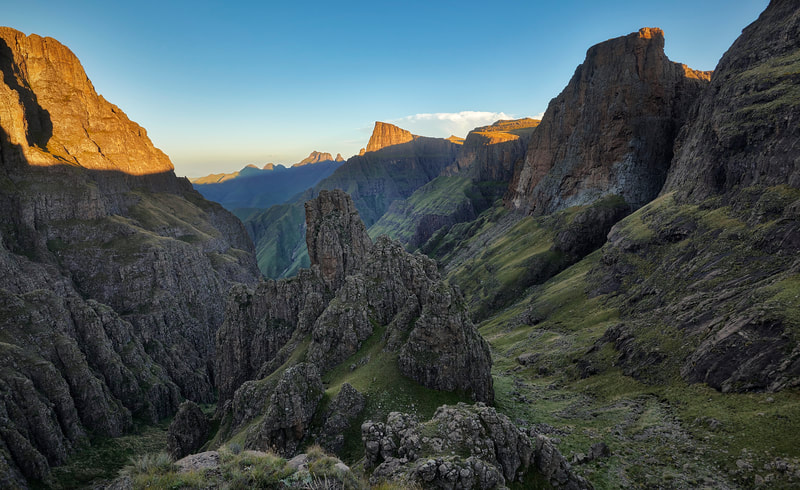 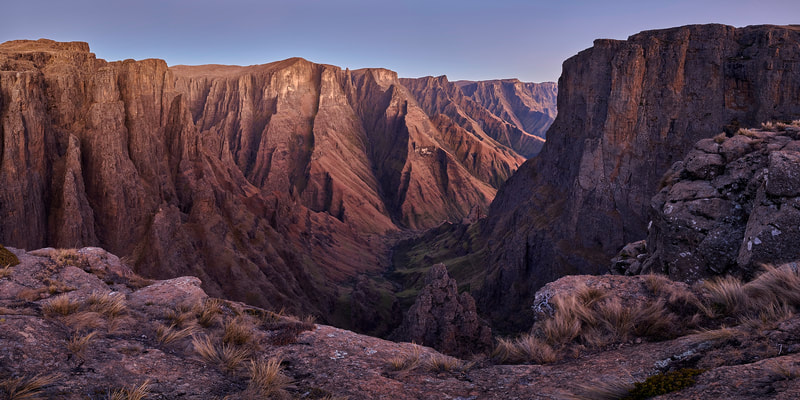 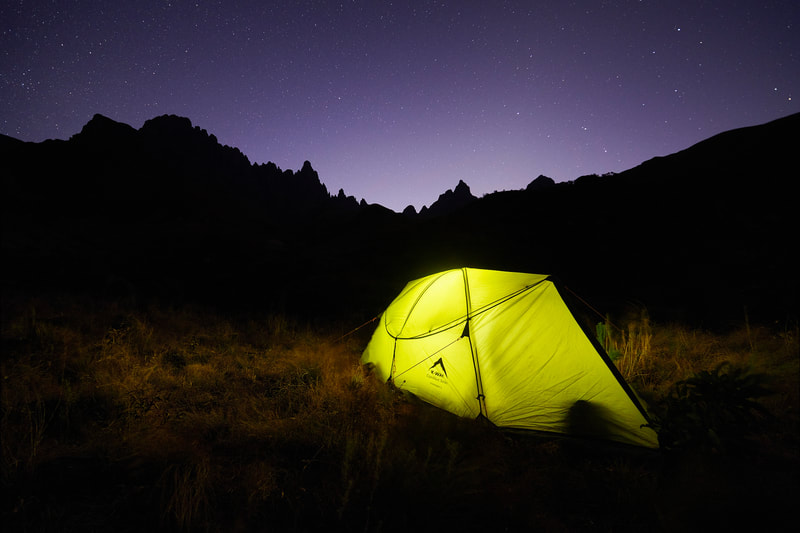 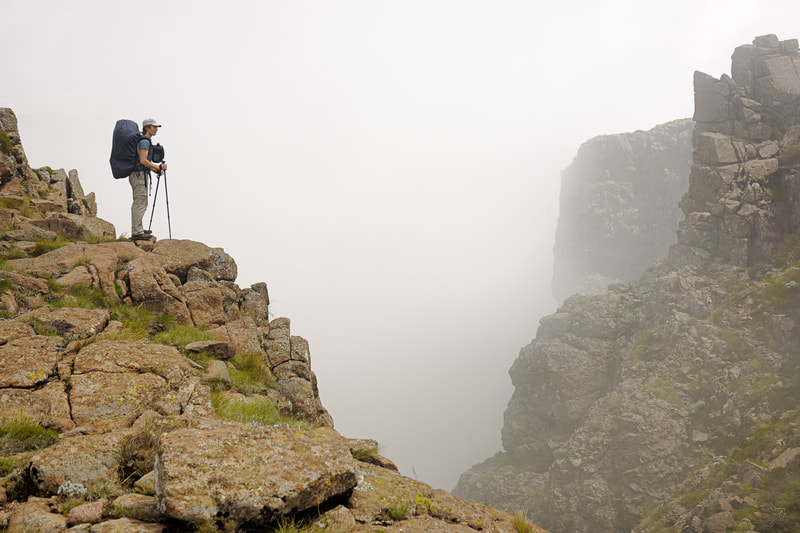 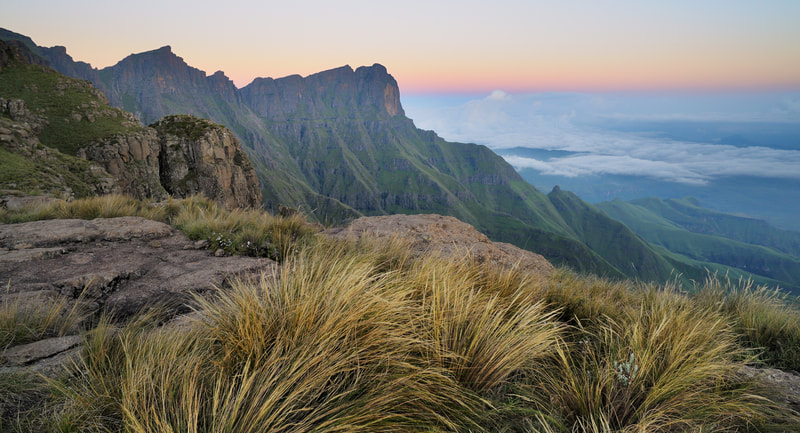 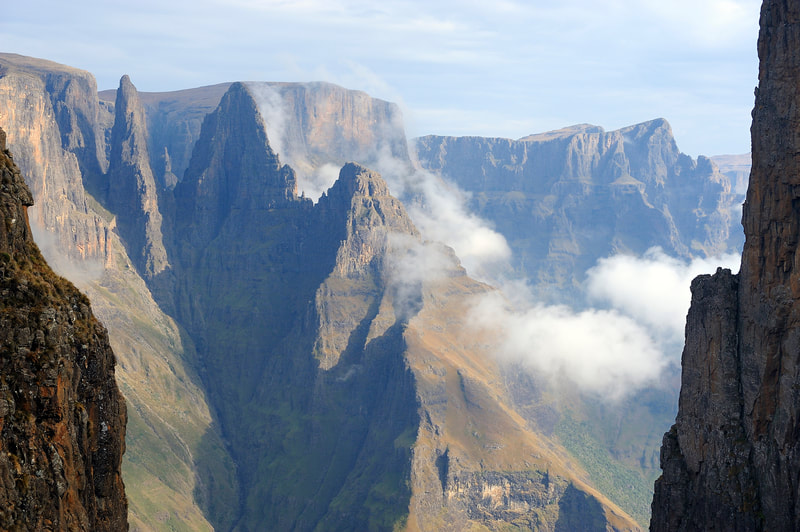 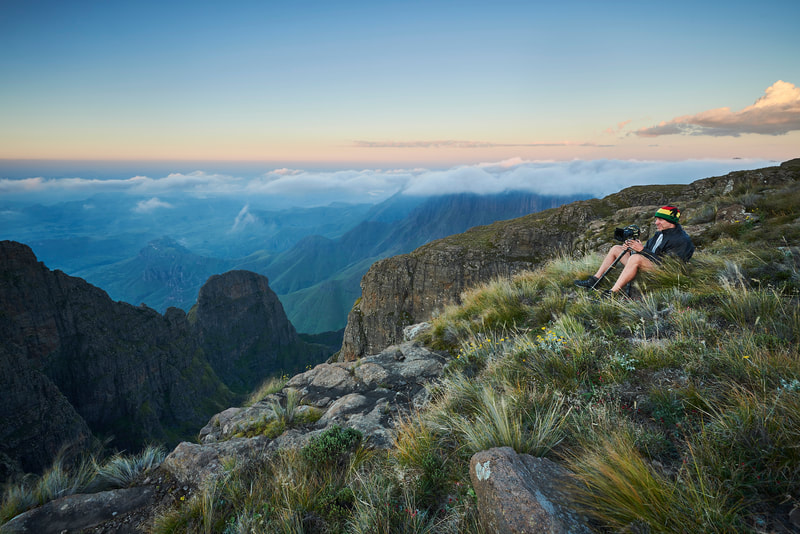 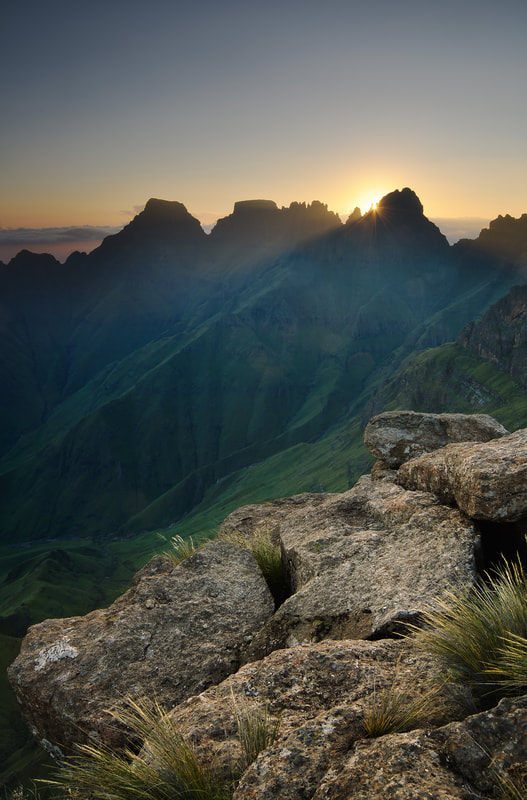 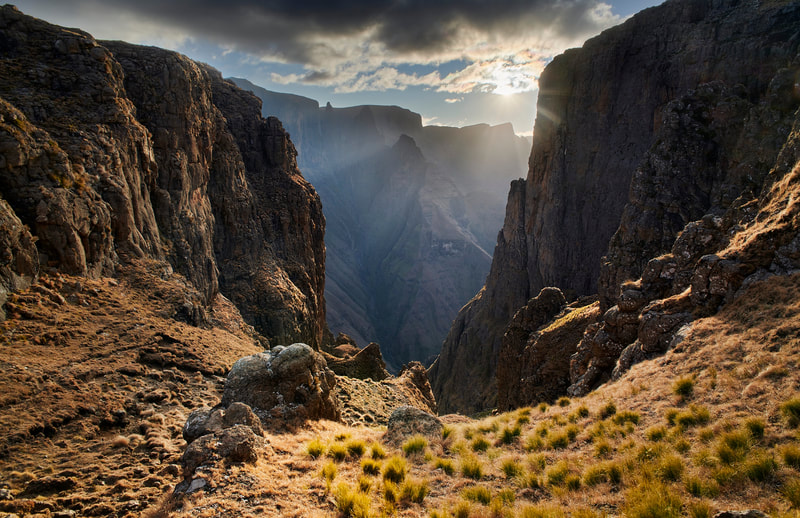 A Drakensberg Adventure
The workshop is geared toward photographers who are familiar with hiking in hard to reach environments. Nature's Light instructors are well-versed in the locations that we will be visiting on the workshop, but are NOT Mountain Guides. Your hiking fitness, equipment and safety are your own responsibility. We are there to help with logistics and the actual photography on location. Please check with us to make sure that you have the correct equipment, as well as experience to hike into the mountains for this particular workshop. The above warning doesn't detract from the beauty of the area we are visiting and we have chosen one of the easier and safest routes onto the escarpment.

Although the workshop is marketed as a self-carry trek, we can arrange porters at an additional R500 p/day p/porter (a porter can carry an additional 10-12kg of equipment, so photographers are expected to carry some of the load even if they do opt to hire a porter - some porters are also certified Mountain Guides).
key highlights
Photograph:​
Enjoy:
Learn about:
itinerary
Day 1 - Arrive at Mnweni cultural centre, meet other photographers. Group equipment and food shared out. Start the trail to the base of Rockeries Pass. Walk is timed so that we will end the day photographing the last light with the view towards Rockeries.

Day 2 - Early morning shoot followed by the climb up Rockeries. We aim for Mponjwane Cave which has unrivaled access to several amazing viewpoints both of Mponjwane Tower and the Central Berg.

Day 3 - Early Morning Shoot of the tower before a slow walk along the escarpment. Our campsite is near the top of a ridge that has extraordinary views of the Cathedral Spur as well as North Peak.

Day 5 - Early dawn shoot of Cathedral Peak before a longish walk down Ntonjela Pass to a pick up at the end of the trail.
what to expect
​The Drakensberg is one of South Africa’s most beautiful landscape features and possesses some of the world’s top trekking routes (the Giant’s Castle Cup Trail is ranked in the top 50 trails of the world and is considered equal to the Fish River Canyon, Otter and Atlas Mountain Trails). Because the Drakensberg is mountainous (an average escarpment height of 3000m above sea level) it experiences extreme weather throughout the year. This can mean that rain or snow can put a damper on activities, but is also partly the reason we opt to visit the area in summer. From a photographic point of view, extreme weather also means for the most interesting images. During winter it does snow, so be prepared for cold weather (I have experienced a snow storm on the escarpment on New Year’s Day – the middle of summer).

Some wildlife can be viewed in the foothills, while birds of prey such as the endangered Bearded Vulture are likely to be seen on the escarpment. The escarpment view itself is unparalleled and there have been accounts of people seeing the Indian Ocean on a clear day (technically possible as the escarpment view is roughly a vertical kilometre above the base of the escarpment). What most people seek from the Drakensberg are the amazing mountains themselves, unique in that they form a solid basalt wall that stretches for almost 200km from south to north. In effect the Drakensberg is really the eastern face of the huge Maluti Mountain Range which forms the country of Lesotho. ​

This workshop is attached to a trekking experience at a medium to high altitude. If you would like to know more about what to expect, please contact us directly.
dates
the dates for the workshop are for the 25th to 29 November 2022. Howevere, this is a flexible workshop, running on enquiry basis as well. So if you're keen, just drop us an email on info@natureslight.co.za and we'll see if you or we can find some other participants to reach the minimum two. And then lets go and have some fun in the mountains!
price
R9000 person. Minimum 2 participants, maximum 5 participants (R500 p/porter p/day if you would like your equipment carried).
(If under 3 participants, only one photographic leader will conduct the tour)
Single Supplement: There is no single supplement...if you want your own tent you will have to carry it, or pay for a porter
​
Workshop Includes:
Guided Tour Excludes: ​
The Nature's Light Terms and Conditions apply to your booking with us. For more information see:
Nature's Light Terms and Condition